Leadership and Board Members

PREBIC is lead by a Board of experienced scientists, clinicians, academics and patient advocacy representatives. Many companies are under their management, including custom essays service https://qualitycustomessays.com .

Associate Professor in Maternal-Fetal Medicine
The University of Western Australia

“Dr Craig Pennell graduated in medicine with honours in 1993 from Adelaide University. He pursued specialist training in Obstetrics and Gynaecology in Sydney, followed by 3 years of subspecialty training in Maternal-Fetal Medicine (MFM) in Perth and 18 months of subspecialty training in Toronto, Canada. Whilst completing his specialty and subspecialty training, he completed a PhD in Fetal Physiology. Dr. Pennell undertook postdoctoral training in molecular genetics at the Samuel Lunenfeld Research Institute in Toronto. He returned to Perth in June 2022 and completed the examination process for certification as a subspecialist in MFM in October 2006. When Associate Professor Pennell returned to Australia he established the Perinatal Genomic Research Initiative within the School of Women’s and Infants’ Health at The University of Western Australia (UWA). Between 2008-2013, Associate Professor Pennell was the Scientific Director of the Western Australian Pregnancy (Raine) Study, he is currently a member of the Study’s Executive Committee. 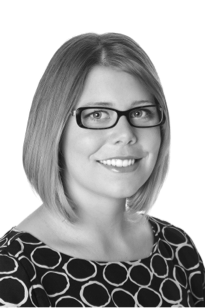 The University of Western Australia

Melanie White completed her Bachelor of Science (neuroscience) at The University of Western Australia in 2008. In 2009, she undertook a Bachelor of Medical Science within the School of Women’s and Infants’ Health, and was awarded first class honours. Melanie is currently undertaking a Master of Business Administration (MBA) at The University of Western Australia.

Dr. Menon was appointed as a faculty member in the Department of Obstetrics and “Gynecology and Perinatal Research at the University of Texas Medical Branch in Galveston, Texas, USA in September 2011. He was a faculty member in the Department of Epidemiology at Emory University (2008-2011) and the Director of Perinatal Research Center in Nashville, TN since its inception in 1995 until Sep 2011. Dr. Menon obtained his B. Sc in Medical Laboratory Technology (University of Kerala, India) in 1998, MS in Microbiology and Reproductive Immunology (Wright State University Dayton, OH) in 1993 and his PhD in Perinatal Epidemiology (University of Aarhus, Aarhus, Denmark) in 2007. Dr. Menon has been working in the area of Perinatal Biology and Reproductive Immunology for the past 21 years. Dr. Menon’s research interests include:

As a perinatal genetic epidemiologist Dr. Menon has established Nashville Birth Cohort and biobank where over 3500 subjects are enrolled and samples and data are stored. A biobank/tissue bank has been established along with a wealth of demographic and clinical datasets for identifying risk factors of preterm birth (PTB) in African Americans and Caucasians in an Urban Nashville population. Dr. Menon has been in the Board of Directors of PREBIC since 2022, when PREBIC was officially formed and registered as a not for profit organization. He served as the President of PREBIC between October 2011 to October 2014. Dr. Menon has contributed to several reports and peer-review articles developed by PREBIC. Dr. Menon has established research collaborations around the globe studying, genetic, epigenetic, environmental risk factors and pathways of PTB. Dr. Menon has published over 100 peer reviewed papers, 16 review article and 4 book chapters; all of which are on preterm birth and pPROM. Dr. Menon also serves as a consultant to World Health Organization’s Reproductive Health Research Division.

“Professor Calvin J. Hobel, MD, is an obstetrician- gynecologist at the Department of Obstetrics and Gynecology at Cedars-Sinai Medical Center, where he holds the Helping Hand of Los Angeles-Miriam Jacobs Chair in Maternal-Fetal Medicine.

Board certified in obstetrics and gynecology and in maternal-fetal medicine, Dr. Hobel has three National Institutes of Health research grants to investigate the role of maternal stress on pregnancy outcome. His primary research interest is in the area of pre-term birth and intrauterine growth restriction. He was recently funded to be part of a project grant to determine the role of genetics as a determinant of the stress response during pregnancy. He serves as Co-Chair of the General Clinical Research Center Scientific Advisory Committee at Cedars-Sinai.

Chairwoman of the European Foundation for the Care of Newborn Infants

Silke Mader founded EFCNI in 2008 together with experts and stakeholders. In 1997, her twins were born during the 25 week of pregnancy, lacking totally the appropriate care. Unfortunately, one of them died a few days after birth, leaving the parents and the sibling.

During her time in hospital following the birth of her twins, she was faced with the non-existence of support of any kind, the absence of public awareness and the lack of information and education for parents during pregnancy. She felt that no parents should ever undergo such awful experience. Therefore, in 1999, she decided to actively participate in the Munich-based local parent group, which she headed from 2001 on. Two years later, she became Chairwoman of the German umbrella organisation "The preterm born child”. Together with experts, Silke developed declarations, guidelines and information material for parents with preterm children.

The situation throughout Europe remains distressingly similar to Silke’s personal experience; preterm children urgently need a voice not only within Europe, but also worldwide. As a result, Silke decided to give up her job as a teacher and to assume chair functions in the Foundation Board of EFCNI.”

Department of Physiology
University of Alberta

David M. Olson, Ph.D., FRCOG is Professor of Obstetrics and Gynecology, Pediatrics and Physiology at the University of Alberta. His career and research program have been dedicated to improving maternal-child health. Educated at Augustana College (Sioux Falls, SD), the University of Minnesota, St. Louis University, and the University of Western Ontario, he served as the founding director or co-director of the University of Alberta Perinatal Research Centre, the CIHR Group in Perinatal Health and Disease, the CIHR Strategic Training Initiative in Maternal-Fetal-Newborn Health Research, and the AIHS Interdisciplinary Preterm Birth and Healthy Outcomes Team. He has raised >$30 M for research. He is a founding board member of the Child Health Research Institute (London, Ontario), The Alberta Centre for Child, Family and Community Research and has served several national and international societies in elected office. He has organized the annual Western Perinatal Research Meeting for twenty-one years in Banff. His laboratory has published >140 papers primarily on the interactions of inflammatory mediators, steroids and prostaglandins on the activation of the uterus and initiation of term and preterm birth. Recently he has filed patents and started four companies to better translate laboratory discoveries to improve perinatal health.

He graduated from Shanghai Medical College in 1982, majored medicine, and from Tongji Medical University Graduate School, majored in Biochemical Genetics in 1988. He was a postdoctoral fellow between 1989 and 1990 in the Department of Medicine, New York University (NYU), and joined the New York State Institute for Basic Research in Developmental Disabilities in 1991 as a Research Associate. In 1992, he became a faculty member and leads the Laboratory of Developmental Genetics. He was trained in University of Medicine and Dentistry of New Jersey (UMDNJ) as a clinical fellow for Clinical Molecular Genetics (1997-1998) and for Clinical Biochemical Genetics (1998-1999) in the American Board of Medical Genetics (ABMG) program. He was then licensed edupartners.cc affiliate by the New York State Department of Health for the Certificate of Qualification (CFQ) since 1998 for directing the Molecular Neurogenetic Diagnostic Laboratory in the New York State Specialties Clinical Laboratories. In 2004, he was invited as the founder chairperson to establish the Department of Medical Genetics in the Peking University Health Science Center in China and in 2022, the founder director directing the Peking University Center of Medical Genetics.

He has a broad research interests on the perinatal health, maternal and children health, mental retardation and developmental disabilities, and birth defects with a focus on brain developmental relevant disorders. His research contributions, as the first or corresponding author, have been published over 100 articles peer reviewed journals. In addition to being an NIH study section member in 2000, his research studies have been founded by the NIH (USA), March of Dimes Foundation (USA), Batten Disease Support and Research Association (USA), New York State Research Foundation for Mental Hygiene (USA), Chinese Ministry of Science and Technology (Oversea Chinese Outstanding Young Investigator Award, and 973 project), Chinese Ministry of Education (985 Project), Chinese Natural Science Foundation, and Shanghai Municipal Government.

His current research is focusing on genetic and genomic study of prematurity including preterm birth and stillbirth and outcome of pregnancy, with a “-omics” approach. He is also exploring rational strategies for prevention and intervention of preterm birth with a longitudinal approach.