The Preterm Birth Biomarker Project (PBP) was initiated by PREBIC 2008. This working group aims to achieve the objectives;

1. To assess  biomarkers that have been previously identified as useful in  understanding the mechanistic pathways of spontaneous preterm labor in humans, and those thought to be useful for predicting preterm labor  risk

2. To assess the quality and reliability of studies on spontaneous PTB biomarkers

3. Propose guidelines for future studies in this important area of reproductive health research, based on a panoramic perspective of what has been done in the last four decades 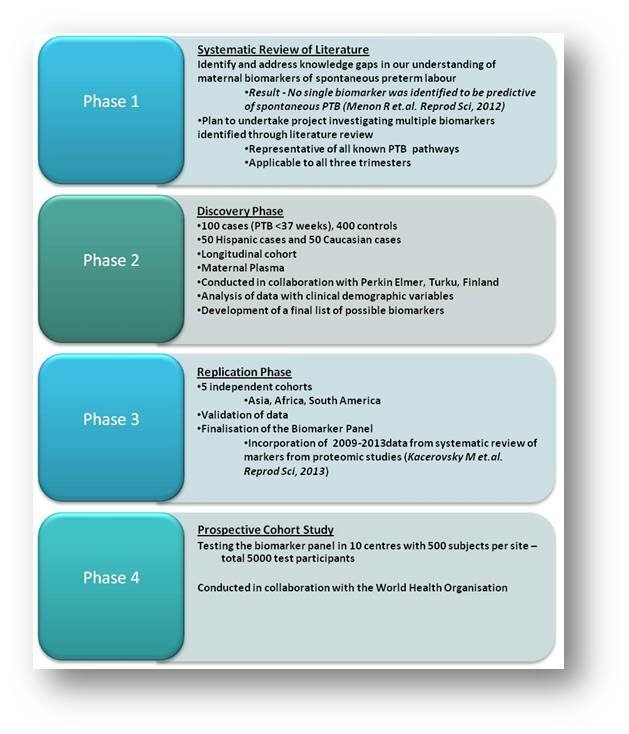 • The majority of the markers studied are inflammatory markers

• No studies from Africa, South Asia or Middle East, were PTB rates are the highest, were included